Space: the final frontier! These are the voyages of the IXS Enterprise, the latest starship concept design with warp drive capabilities.


NASA physicist, Dr. Harold White, has been working to make his Star Trek dreams of interstellar travel a reality and has been trying to push humanity closer to faster-than-light travel.

Dr. White, head of NASA’s Advanced Propulsion Team, started his faster-than-light work in 2010, and announced it publicly last fall. But according to the June 12th, 2014 CNN article "What an Enterprise! NASA physicist, artist unveil warp-speed craft design," it wasn't until he joined forces with artist Mark Rademaker, that his inner sci-fi lover was awoken and excited.

Rademaker spent more than 1,600 hours perfecting the designs, and is still not quite finished, as he plans to repaint and add texture to the designs. The full collection can be viewed in his online flickr album.

In the June 10th io9 article "Here's NASA's New Design for a Warp Drive Ship," White explained that his design would not defy any laws of physics; “Remember, nothing locally exceeds the speed of light, but space can expand and contract at any speed…“Perhaps a ‘Star Trek’ experience within our lifetime is not such a remote possibility.”

Theoretical physicist Miguel Alcubierre first proposed the idea for a warp drive, basing it on a solution of Einstein's field equations in general relativity. In short, the Alcubierre warp drive would stretch spacetime in a wave, which causes the fabric of space ahead of the spacecraft to contract and the space behind it to expand. The ship would ride the wave to accelerate to incredible speeds.

Adding onto the efforts of Alcubierre, White’s design allows for the creation of a warp bubble, through the addition of the two enormous rings surrounding the spacecraft. The space at the front of the ship compresses, while the space behind expands, re-positioning the ship without it actually moving, or breaking any physical laws. 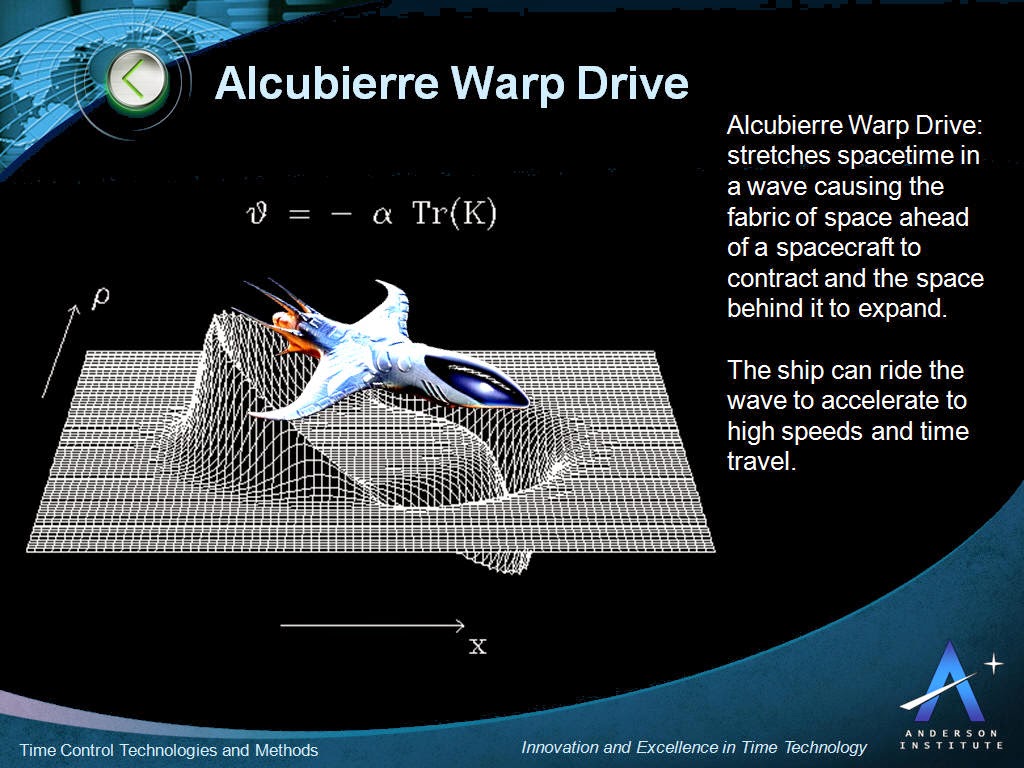 However, White is not the only person to have designed a convincing and feasible spacecraft. The Atomic Rockets of the Space Patrol website has a database of amazing and realistic spacecraft concepts. The ships are all planned out with exploration of the galaxy as their primary focus, and are meant be scientifically accurate. Crew modules, habitation modules, various shields, batteries and propulsion methods are discussed in full detail, and the movements as well as accelerations are all apparently pre-calculated.

There is much praise for the ISV Venture Star from the James Cameron movie Avatar, and the owners of the webpage claim that it is the most scientifically accurate space ship seen in a movie. The ship’s engines are on the front, towing the rest of it behind, and following a concept created by Charles Pellegrino and physicist Jim Powell. Their innovative antimatter powered starship design, called a Valkyrie, was seen in Cameron’s movie, where Dr. Pellegrino was a scientific consultant.