As the NewSpace industry matures, so do the opportunities for greater diversification and stability, as events in the past few weeks have shown. 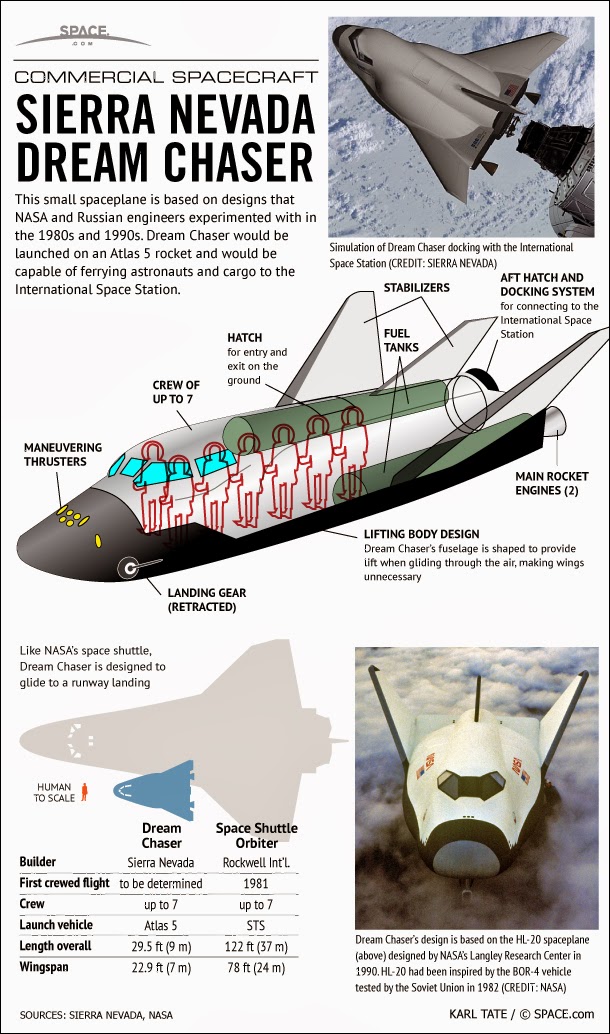 SNC is developing the Dream Chaser to ferry cargo to and from the International Space Station (ISS) as part of NASA's Commercial Crew Development (CCDev) program. Though SNC is still competing for the final CCDev contract, Wednesday's announcement sends a clear message that the company is diversifying its customer base and so will be less reliant on US government funding. This diversity will become increasingly important in the face of the US budget battles likely to come.

The January 9th, 2014 Denver Post article "Dream Chaser program partners with European space agencies" quoted Mark Sirangelo, the corporate vice president of SNC as stating that, "there is a basket of significant technologies" that the ESA and the DLR can offer to the Dream Chaser program. For example, The ESA offers expertise in re-entry systems, while the DLR offers lightweight materials that can be used on the Dream Chaser. In addition, the DLR has conducted air-traffic-control research for integrating spaceplanes into commercial airspace.

In essence, the Europeans also gain access to a new suborbital spacecraft considerably less expensive than traditional launch vehicles while SNC expects to obtain access to an untapped market as well as valuable technology and research. Of course, deals of this type can also travel in the opposite direction.


On January 13th, UK-based Reaction Engines Ltd. announced that it had signed an agreement with the US Air Force Research Laboratory (AFRL) to cooperate on development of the company’s Synergistic Air-Breathing Rocket Engine (SABRE). The US government will gain access to the revolutionary SABRE engine for use in hypersonic vehicles, while Reaction Engines gains access to US research facilities and funding. The company’s increased resources will allow it to push forward with development of its Skylon orbital spaceplane, which will be powered by the SABRE engine. Like SNC, Reaction Engines has diversified into a new market, but also into a new market segment (the Military).

The recent SNC and Reaction Engines deals mark a significant milestone in the growth of the Newspace industry. By acquiring new partners, diversifying resources and entering new markets, these firms have attained a greater stability.