A young Ottawa-based satellite operator is looking to challenge its established rivals through an old-fashioned mix of daring and innovation.

Ciel Satellite Group was founded in 2004 as a joint venture of Borealis Infrastructure (the investment arm of the Ontario Municipal Employees Retirement System (OMERS)) and satellite operator SES S.A of Luxembourg to meet demand in the Canadian and US markets for satellite services. In 2007, the Canadian government granted the company 7 orbital slots in which to operate satellites. Ciel is currently focused on video content delivery in the Direct-To-Home TV, Cable/telco head-end, and IPTV segments.

Ciel Satellite Group first made its mark in December 2008 with the launch of its Ciel II satellite from the Baikonur Cosmodrome in Kazakhstan. This satellite, located in geostationary orbit, provides HDTV service to Canada and the continental US on behalf of Ciel’s customer, satellite TV giant Dish Network Corp. 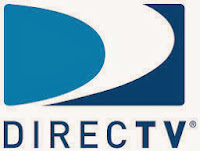 In 2009, the company fought a brief battle with satellite TV giant (and Dish archrival) DirecTV. In an interesting interpretation of Canada-US free trade, DirecTV accused Ciel of operating outside its Canadian remit by providing service to US customers. DirecTV even alleged that Ciel’s satellite would interfere with DirecTV’s service, even though it had the sanction of both the Canadian government and the International Telecommunications Union (ITU). Although the wrangling continued for years, Ciel II remains in operation.

The Ciel II was built by Com Dev International of Cambridge, Ont. and Thales Alenia Space of Cannes, France. The satellite is operated by SED Systems, a satellite operations support provider based out of the Innovation Place Research Park at the University of Saskatchewan in Saskatoon. SED Systems itself has a storied history, having played a role in the research and development of both Canadarm 1 & 2, as well as the design and building of instrumentation for the Black Brant sounding rockets.

To facilitate its plans, a new satellite (Ciel 6) was to have been launched in 2012. Although Ciel 6 has not yet been launched, the company is also investigating more novel means of expansion. Ciel Satellite Group has entered the satellite resale business, purchasing satellites near the end of their operational lives and repurposing them. Although innovative and cost-effective in the short-term, this strategy’s long term viability remains in question.

Whether Ciel 6’s delays are due to financial, technical, or legal issues, Ciel Satellite Group’s willingness to harness existing assets seems to prove the truth of the old adage that necessity is the mother of invention.
Posted by Chuck Black