The US based Planetary Society, one of the better-known and funded organizations focused on championing space science and technology, plans on establishing a Canadian chapter.

The society will begin their Canadian outreach with a display at the annual Canadian Space Summit, organized by the Canadian Space Society (CSS), which will be held in Ottawa, ON from November 14th - 15th.

Established in 1980 by Carl Sagan, Bruce Murray, and Louis Friedman, the Planetary Society has members in more than 100 countries. On June 7th, 2010, executive director Bill Nye took over and has continued the legacy, with the help of seventeen member volunteers, formed into a board of directors. Together, they do what they can to fill in the gaps between government and business in space by seed-funding technology, SETI searches, and successful political advocacy for space missions. Public engagement and empowerment are key to their beliefs, and have been successfully demonstrated time and time again.
Throughout the years, the Planetary Society has run several projects and programs, in anything from new and innovative technologies, to search for extra terrestrial life. One of their largest projects consists of their work on LightSail-1, which will revolutionize space travel, and demonstrate a sunlight-propelled spacecraft. Many deployment tests have been conducted, and the mission is continuing forward faithful to the original mandate.

“We are going to merge the ultra-light technology of nanosats with the ultra-large technology of solar sails in an audacious new program; setting a course to the stars,”  stated Planetary Society co-founder Louis D. Friedman, in a recent society press release.

With more than 40,000 members worldwide, the Planetary Society is sharing its love for space exploration and outreach across the Nation. Anyone can join as an advocate, member or volunteer on the website, allowing them to participate and “reach out into the Universe to seek answers to those deep questions: Where did we come from? and Are we alone?” as stated on the website.

Of course, with all that said and done, US styled space and science advocacy from US based organizations have typically had a rough time moving into Canada with out strong local leadership, which normally requires a specialized advocacy focusing on specifically Canadian issues. 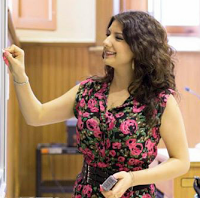