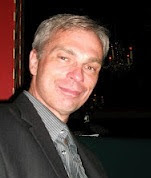 I also organize and produce events focused on the commercialization of space derived technologies which bring together industry experts for detailed in-person discussions, collaboration and networking on a wide variety of topics for various groups.

I've often been cited as an authority on the aerospace industry by other media outlets. Recent mainstream citations include:


The August 5th, 2018 Starspot podcast discussion on "Does Canada Have a Vision for Space Exploration?, with Chuck Black," which focused on the Canadian Space Advisory Board (SAB) and its plan to "rejuvenate Canada’s declining world standing in space exploration."

The February 8th, 2018 CBC Radio The Current with Anna Maria Tremonti discussion on our "Failure to launch: Canada's lack of a rocket program leaves us grounded, say experts," which discussed the underlying reasons and the consequences of our national decision not to develop our rocketry capabilities.

The October 17th, 2016 National Post article "U.S. firm stages ‘stealth takeover’ of Canada’s largest space tech company," and the October 18th, 2016 National Post article, "EDC financing satellite construction in California because of ‘direct benefit’ to Canada," which together discussed the recent corporate changes at Canadian space icon MacDonald Dettwiler (MDA), which were intended to provide MDA with the ability to bid on lucrative US military and government contracts as a US based company, as required under US domestic law.

The July 10th, 2016 The StarSpot podcast on "The Great Terraforming Mars Debate – Part 4: The Dream, with Chuck Black," which discussed Martian colonies and how we choose our species ambassadors.

The May 18th, 2016 Space News post, "Maritime microsat derailed by sanctions back on track for launch," which discussed the Maritime Monitoring and Messaging Microsatellite (M3MSat), which was scheduled to be launched on a Russian rocket in 2014, but was cancelled by Canada in protest over the Russian annexation of the Crimea and support for separatists in that part of Ukraine.

The September 23rd, 2015 SpaceNews article, "Space Takes its Place in Canada’s 3-Way Race," which discussed how space is playing a small but key role in Canada’s federal election campaign.

The June 14th, 2015 Ottawa Citizen article, "Canadian satellite launch delayed two years over Russian embargo," which discussed delays in the launch of the Maritime Monitoring and Messaging Micro-Satellite (M3MSat) and the follow-up June 29th, 2015 Ottawa Citizen article on "Canada's surveillance satellites scheduled to be put into orbit on same rocket that exploded," which discussed possible launch delays in the RADARSAT Constellation mission (RCM).

The July 24th, 2014 Ottawa Citizen article "Does Canada need its own rockets to launch satellites?" which discussed the lack of a Canadian small-sat launcher.

The May 12th, 2013 Canadian Press article “No Canadian will visit space station after Hadfield before 2016."

The May 13th, 2013 Globe & Mail article “Canadian astronaut Chris Hadfield ready for his return to Earth.”

The February 1st, 2013 CTV News article “Future of program unclear after Canadian Space Agency boss quits," which discussed the unexpected resignation of CSA president Steve MacLean and how the resignation could be related to the November 2012 David Emerson led Aerospace Review.

The October 31st, 2012 Canadian Business article “Canadian space sector stalls,” which discussed how, when governments cast about for ways to save money, the effects can reverberate even in space.

The May 17th, 2012 Forbes article “From Astronaut-Hero To Space-Trucker: The Human Spin on Space Commercialization," which focused on the astronaut as a commercial provider of services.

The July 8th, 2011 Global News article “Securing Canada’s spot in the space race,” which focused on how Canada is at risk of losing its preeminent place in the world space race, unless it uses the retirement of the space shuttle to pump strategic investment into the booming commercial space industry.

The March 17th, 2011 Canadian Press article "Canada may fall behind in space business: group," which discussed how Canadian robotics, as represented by the Canadarm program, could be falling behind the capabilities of other nations. 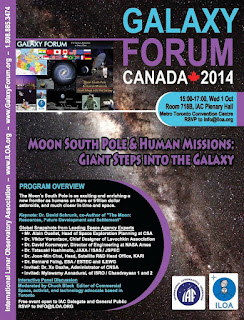