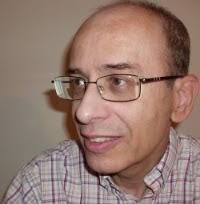 My interest in space began in the 1960s. I grew up watching the space race between the US and the Soviet Union. Seeing the Moon landing live is still a lifetime highlight for me.

After getting a diploma in music from Humber College in Toronto and realizing that being partially tone deaf might hold me back from having a successful music career, I looked to the business world.

I started working in the consulting engineering field. I was a project clerk on a number of Imperial Oil tank farm renewal projects.

After getting my Diploma in Records and Information Management (RIM) at Seneca College in Toronto, I worked in the records management field on RIM and archival projects. Doing documentation for these projects made me realize that I’d like to write. I received my certificate in technical and scientific communications from Humber College in Toronto and went to work in the software industry for a company that made back-office software for the mutual fund industry. My job was to make complex technical information understandable to front-line workers. 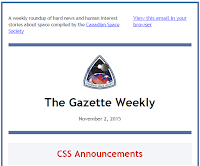 After that I received my certificate in Editing from George Brown College in Toronto. I'm now a freelancer specializing in business writing and editing, newsletters, and writing about the space industry.

I was with the Canadian Space Society (CSS) for five years, starting as a writer and editor for the Society's quarterly magazine, The Canadian Space Gazette. Some of the articles I wrote during that time include the December 2010 article "Space Spinoffs, Space Companies and You" and the November 2011 article "Relighting the Candle."

For the last three years at the CSS I was Editor-in-Chief. I put out a newsletter called the Gazette Weekly that kept the readers up-to-date with news about Canadian and world space developments.

Now I'm involved in a new venture with a guy who laughs too loud, annoys too many people in the space industry, and generally makes a pest of himself. (No names—he might read this.)